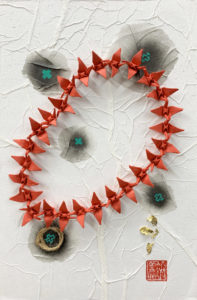 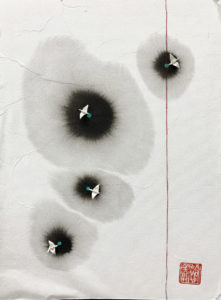 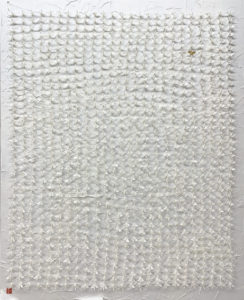 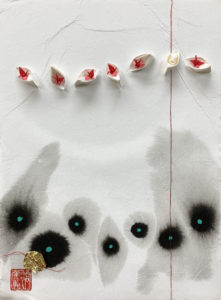 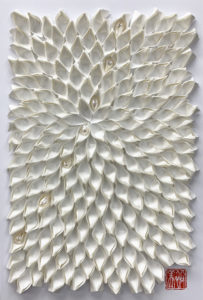 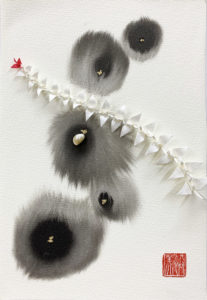 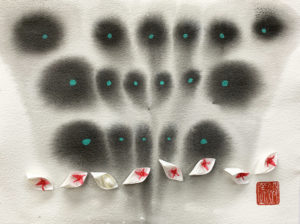 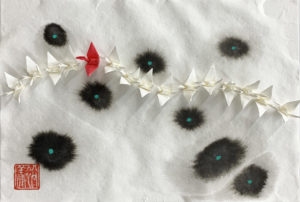 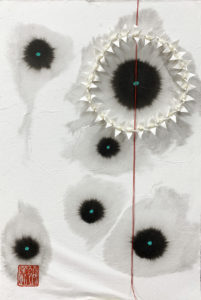 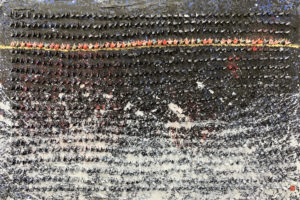 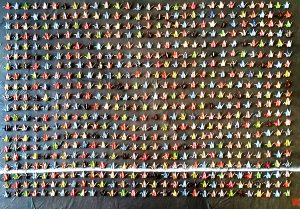 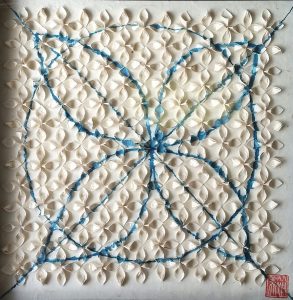 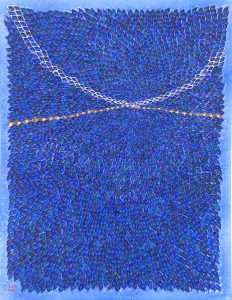 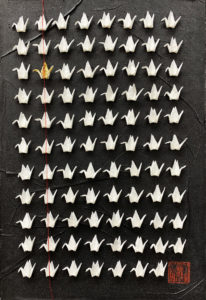 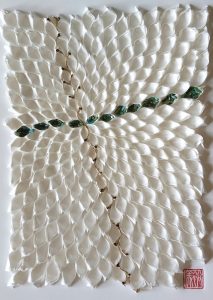 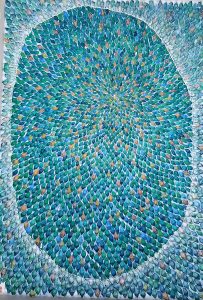 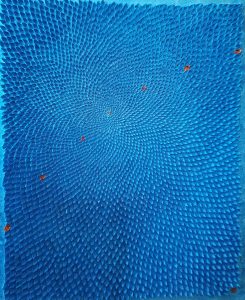 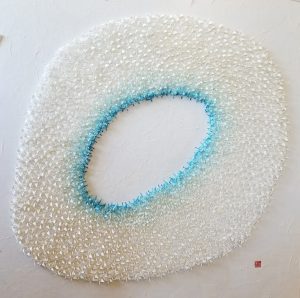 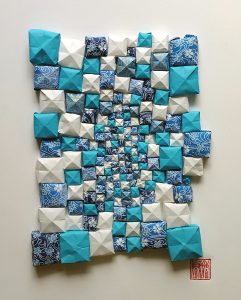 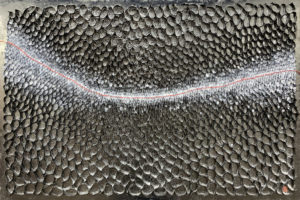 Hiromi Ashlin began seriously studying art in her teenage years in the early 1990s, focusing initially on oil painting, drawing, and design. She re-located to Tokyo in the mid-90s to begin studies at the Tokyo Game Designer School. During this time Ashlin spent a year traveling Australia, engrossed by the country’s indigenous cultures, history, and diverse population.

In 2005, after moving to Australia, Ashlin began selling assorted arts and crafts she had began creating in the style of Japanese washi paper. “Washi” is a word with dual meaning, with “wa” translating to “Japanese” and “shi” translating to “paper.” This technique has its roots firmly in Japanese culture, as all these ingredients are indigenous to the island. Traditionally these include the bark fibers of the gampi tree, the mitsumata shrub, and the paper mulberry. As a result, washi paper is tougher and more resilient than regular paper, which is only made of wood pulp. Since the paper is so durable, it is used for many traditional Japanese arts, including origami, and has been used for over 2,000 years.

As an internationally known Japanese origami master, Ashlin’s artwork seamlessly creates natural, Zen-eques design through the repetition of pattern and movement of thousands of origami pieces per work. Her use of the washi creates an inviting texture and depth to her pieces, inviting the viewer in to explore each crease and fold.