What’s Hidden Behind that Frame?

What’s Hidden Behind that Frame?

Behind the Scenes, Frame of Mind by Team Broadway Galleries 0 Comments

When you think about picture frames do you ever think that it could be hiding something? Do you ever wonder what is behind that attractive piece of artwork? There could be more than meets the eye. Our generation’s contribution to frame history is a pretty good one.

Frames started showing up in the history books 3-4,000 years ago on tomb paintings and vases. They functioned mostly as decorative boundaries. As time continues Christian artists begin building and painting diptychs, alter pieces and much more. All of a sudden frames start functioning as more than just an attractive boarder, but truly emphasizing the work the frame holds. I digress, sorry. The history of “the frame” is for another blog. Let me get back to the point:

As time continues and the flat screen is placed into mainstream society the frame finds itself with a whole new purpose: hiding things. Hiding things such as the television in your living room, just like this one: 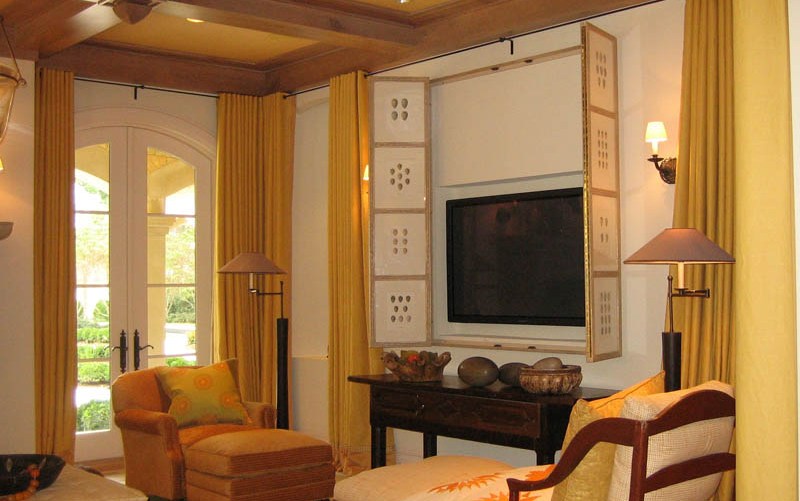 Now you see the television 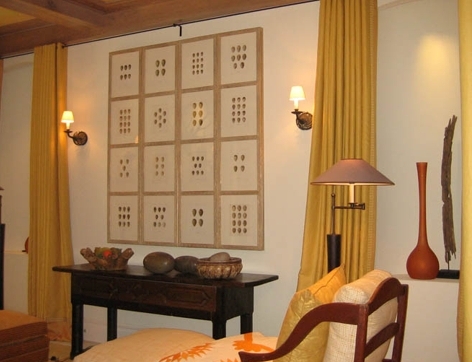 Over here at Broadway Galleries we are happy to design and build you any type of frame to hide your television, your bathtub, whatever you need.

Inspired by the idea of hiding televisions I started to research where else I found frames hiding things. I went into World Market the other day and to my surprised I found these two cute frames: 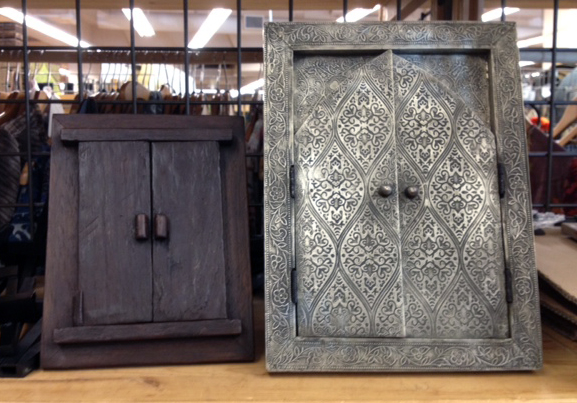 What picture is hiding behind these doors?

What a great idea. It creates something exciting and new about a picture frame. If you were a visitor in someone’s home wouldn’t you want to know what pictures they were hiding behind those tiny little doors? The ones I found were not hiding anything exciting: 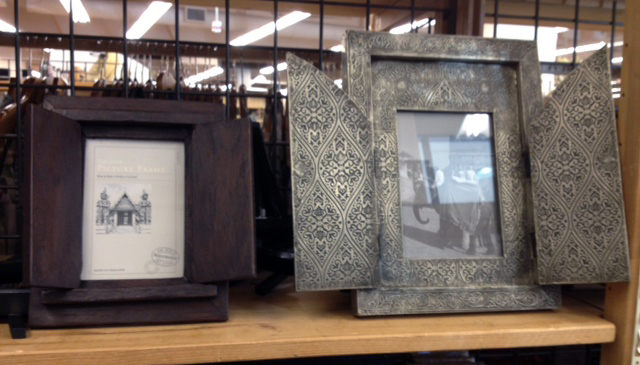 Nothing exciting behind these doors

I continued my research of this idea and found an interesting company called Entertainment Technology that designs a product where your artwork actually hides the television. According to the company “At the touch of a hand-held transmitter, this product lets you conceal and reveal a recessed TV behind your favorite painting.” Neat! Here it is in action: 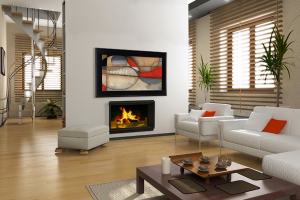 Check out this nice piece of artwork 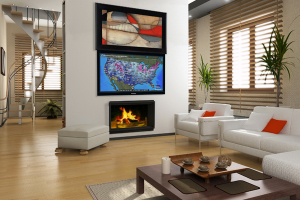 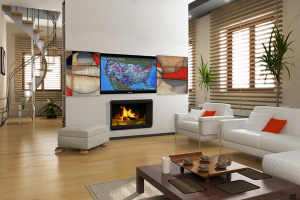 The painting can split also.

Tada! I can’t wait to see what the next generation comes up with. We would love to hear your frame hiding thoughts and ideas.