Ken was born in Brisbane, Australia in 1960 and since the early eighties has been juggling dual careers in Art and Civil Engineering. Through the NSW University of Technology in Sydney, Australia Strong’s studies included art composition, medium, and art history. He also had specialist training in architectural drafting and technical presentation. 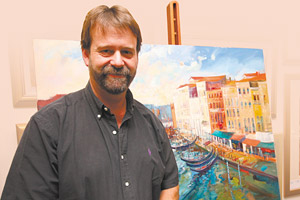 Ken Strong in his studio

Strong has been painting for over 25 years and is developing increased recognition for his work both nationally and internationally. He has participated in over 30 exhibitions over this period including 23 solo, and is a regular contributor to Australian and International Artist Magazines 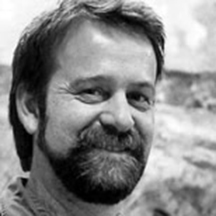 Strong has said “as long as I can remember I had a pencil or paint brush in my hand. As a lot of painters do, I developed an early love for the Australian impressionist painters, probably because they presented images of this country that reinforce the difference in the Australian landscape and lifestyle to overseas locations. And 100 years on, the same differences still exist.” 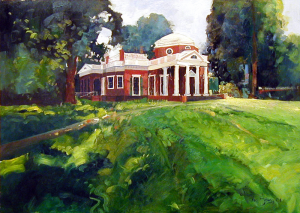 Strong believes he developed a passion for art when he first began to experiment with paints and began to get a sense of excitement in using the mediums. “Even though the thrill is often momentary (because the greatest critic of you own work is unfortunately yourself), as a painter you sometimes think you can touch something intangible with art, which makes the hairs stand up on the back of your neck. When you review the completed works, the moment is often lost, but the anticipation of finding this becomes a driving force to create,” says Strong. 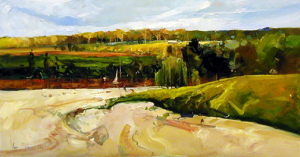 Many of Strong’s works combine a carefully constructed subject with a vigorous application of pigment. Movement is paramount when the observer is lead around the composition following the textures and shadows developed within the structure. The suggestion of detail will often be used in lieu of specific detail, the suggestion being used to support the subject but not detract with over-complexity. He has been described as a “colorist” and an “impressionist, a combination of both resulting in a unique approach to creative artwork.

Strong has used the giclée technique so he doesn’t have to produce a complete set of prints at one time, unlike traditional printmaking processes that require an entire run be completed all at once. With digital printing, a portion can be made now and the remaining ones printed later as needed, without loss of quality. Once the artist is satisfied with the results, the information is stored digitally to create prints as needed. Seems like the giclée technique is something everbody can benefit from!

Check out some more of Ken Strong’s artwork below: 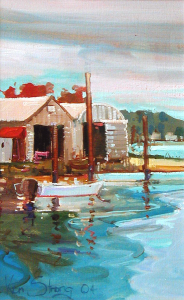 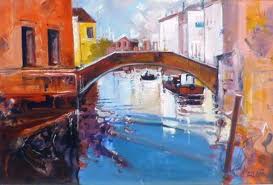 A Painting of Venice by Ken Strong 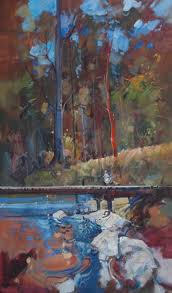 Another beautiful painting by Ken Strong

What are your thoughts on giclée? Would you use an inkjet printer for your work?